A stunning gold-wrapped jar crafted out of rock crystal has finally been uncovered in its entirety, revealing a Latin inscription that might provide new clues about its mysterious origins.

A stunning gold-wrapped jar crafted out of rock crystal has finally been uncovered in its entirety, revealing a Latin inscription that might provide new clues about its mysterious origins.

Researchers at National Museums Scotland, where the Viking-Age vessel is being conserved, think the receptacle was probably used for religious purposes. And one expert believes it may have been a diplomatic gift from the Roman Empire to an Anglo-Saxon kingdom in Britain.

The treasure was discovered in southwest Scotland in 2014 and is part of the Galloway Hoard — described in a press release as the “richest collection of rare and unique Viking-Age objects ever found in Britain or Ireland.”

When the jar was first removed from the hoard, it was covered in textiles, meaning the team had to conduct 3D X-ray imaging to gain a better picture of it before it underwent a conservation process allowing the coverings to be removed.

The jar was initially found covered in textiles and had to undergo a conservation process. Credit: National Museums Scotland

Around 5 centimeters (2 inches) in height and resembling a perfume bottle, the jar’s inscription states “Bishop Hygauld had me made.” Researchers believe this is an indication it was made in the powerful Anglo-Saxon kingdom of Northumbria, in current-day northern England and southern Scotland.

“There are elements of the goldwork that are unlike anything we’ve seen in normal Anglo-Saxon goldwork,” said Martin Goldberg, senior curator for the museum’s early medieval and Viking collections.

“So there is still a question maybe about where it was 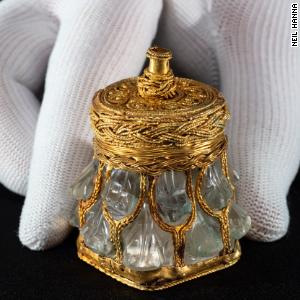 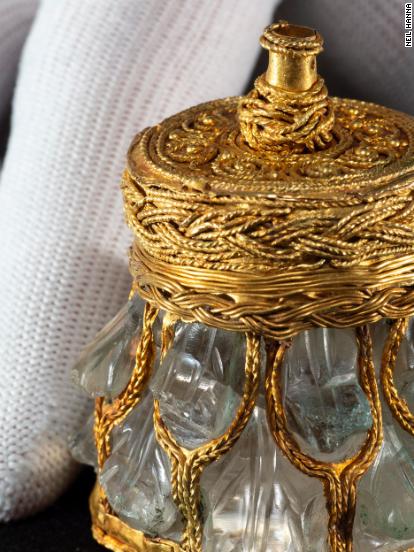 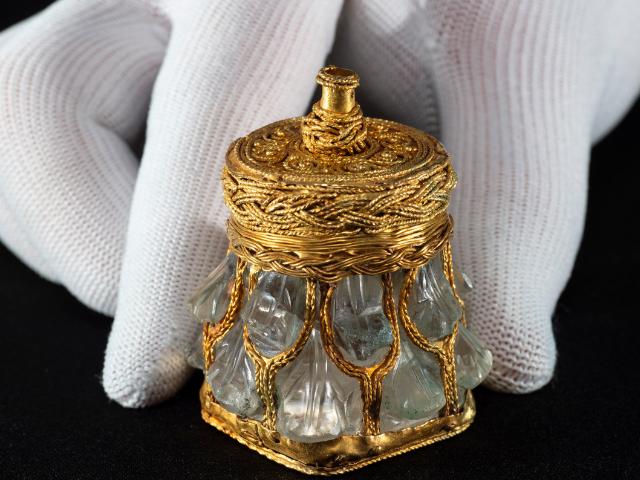 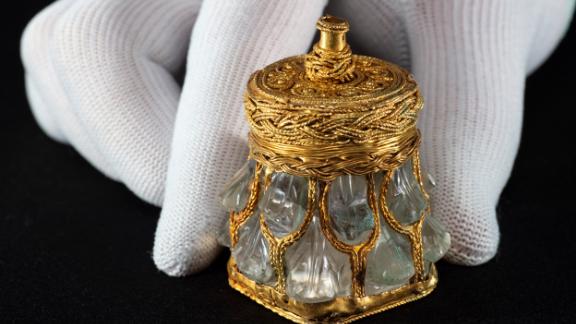 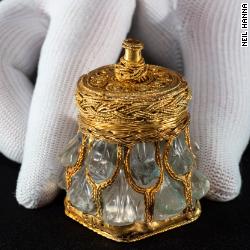 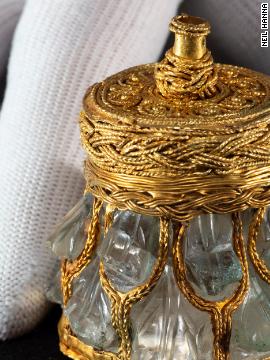 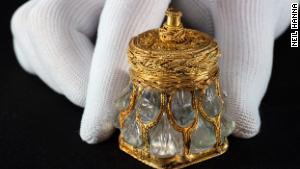 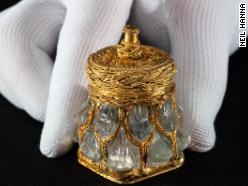