Tons of trash have washed onto Bali’s famous Kuta Beach, prompting locals to spend the first day of the new year staging a cleanup.

(CNN) — Tons of trash have washed onto Bali’s famous Kuta Beach, prompting locals to spend the first day of the new year staging a cleanup.

Residents from the Badung area on the Indonesian island cleared 30 tons of marine debris from the beach, according to the state-run Antara news agency.

“Some 70% of the marine debris is plastic waste,” Colonel Made Mahaparta from the Udayana Regional Military Command told Antara.

The trash was reportedly loaded onto trucks and transported to a landfill site.

Plastic trash and other marine debris washes onto Kuta Beach every year during the monsoon season, said Badung’s head of the Environment Office, Wayan Puja, Antara reported. The official blamed the problem on garbage mismanagement.

Workers clean up piles of debris and plastic waste brought in by strong waves at Kuta Beach in Bali, Indonesia, on January 1, 2021.

Though Kuta Beach faces the issue annually, unlike past years, far fewer travelers are around to see it at the moment. Like many popular destinations, Bali has been hit hard by the Covid-19 pandemic and remains closed to international tourists. 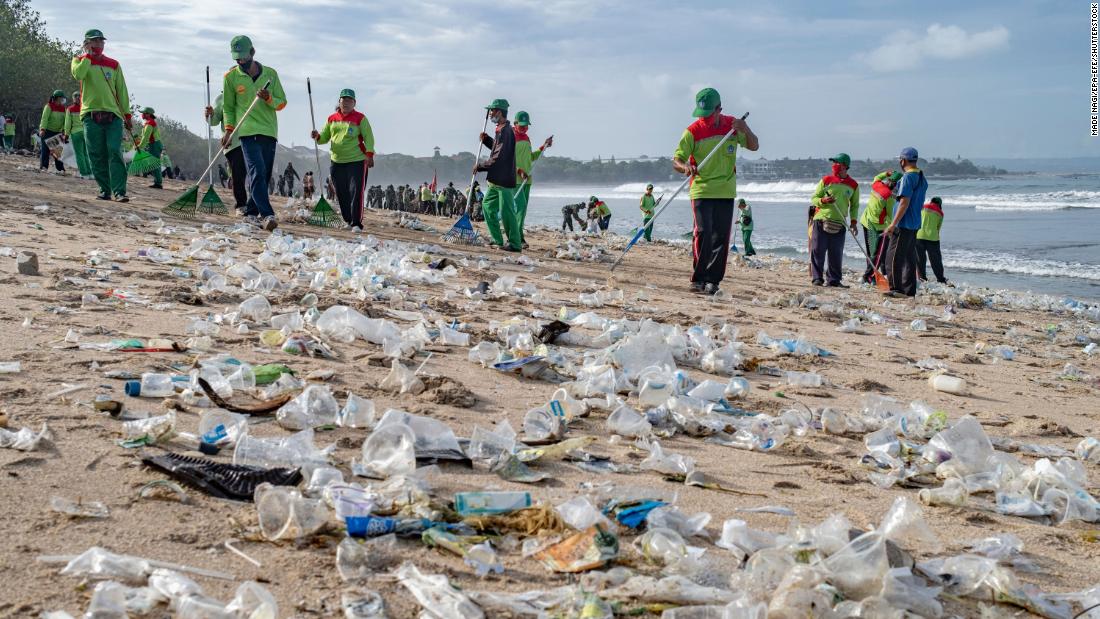 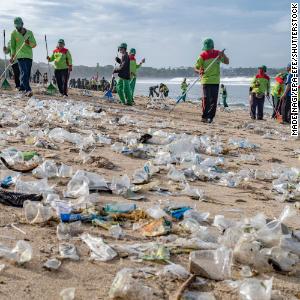 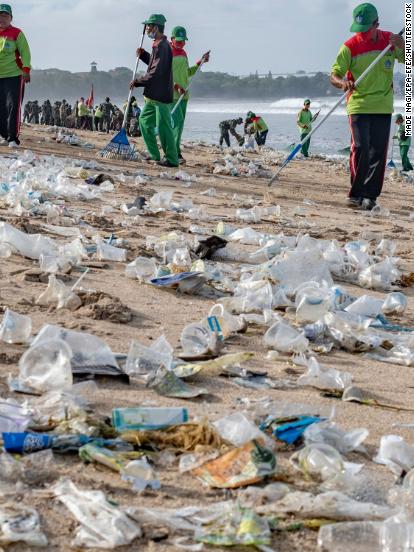 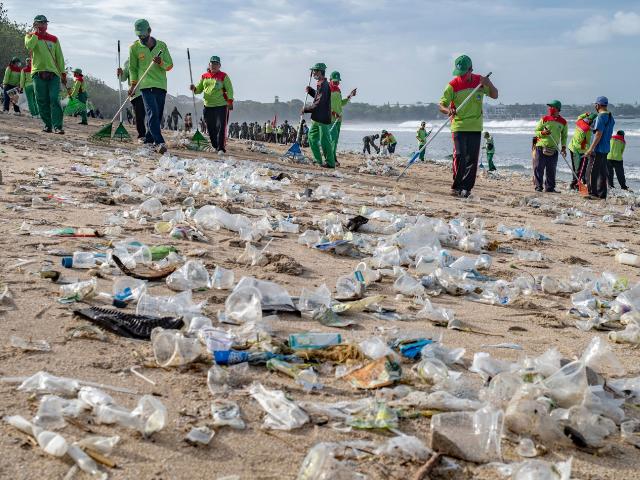 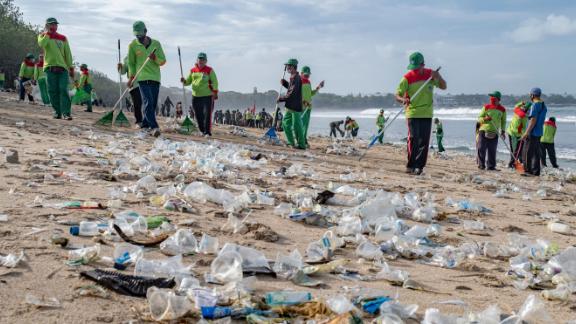 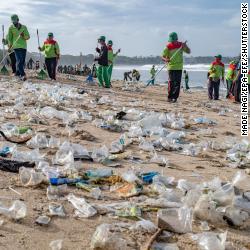 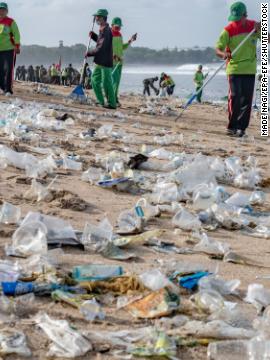 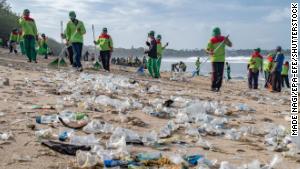 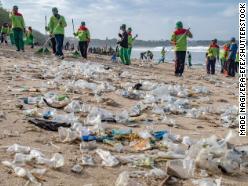