The national police chief indicated that he believes a Florida-based doctor, Christian Emmanuel Sanon, was plotting to assume the presidency. The U.S. dispatched a team to assist in the investigation. …

assassination of President Jovenel Moïse of Haiti has been met with bewilderment by some who knew him and surprise by prominent Haitian Americans who said he was not known as a major political player.

At the same time, a university professor who met with the doctor twice last month said that he had spoken then of being sent by God to take over Haiti’s presidency.

About two dozen people have been arrested in the killing, and Haitian officials have placed the doctor, Christian Emmanuel Sanon, 63, at the center of an investigation that has stretched out from Haiti to Colombia and the United States.

The doctor’s brother, Joseph Sanon, said that he had not been in touch with him for a while and that he had no idea what was going on. “I am desperate to know what’s happening,” he said.

A former neighbor of the doctor’s in Florida, Steven Bross, 65, said, “He was always 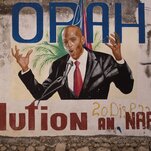