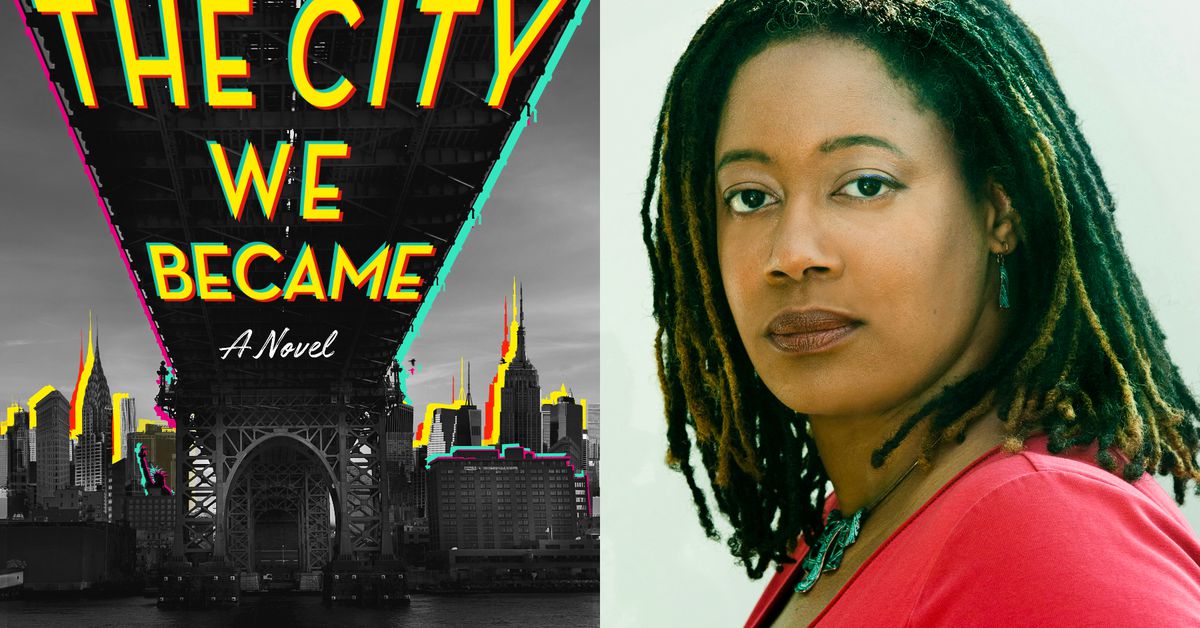 In The City We Became, the new novel by N.K. Jemisin, an infection is spreading across New York City. It spreads rapidly from person to person, and its goal is nothing less than to destroy everything that makes New York a living, breathing, vital organism. To leave it a husk of itself.

The City We Became is strange to read right now in a way that Jemisin — the only person ever to win the prestigious Hugo Award three years in a row — could not possibly have predicted. The infection in her fantasy New York City is a metaphor for colonialism and bigotry and white nationalism. Meanwhile, the real New York City, where I live, has become the center of America’s coronavirus pandemic, and the literal infection here is casting existing bigotry and white nationalism into ever-sharper relief. At times, it does feel as though coronavirus is threatening everything that makes New York a living, breathing, vital organism, and as though it will leave the city nothing but a husk of itself.

But as I read The City We Became, I never once thought, “No, that’s too close,” or, “I’ll just wait and pick this book up in a year.” It is an absorbing and joyful novel, and reading it didn’t just temporarily take me away from the reality of life during a pandemic. It made me more hopeful that when the pandemic ebbs, the vital core of our communities will still remain.

In The City We Became, cities are living beings. But only some cities: those that have been around long enough to develop their own personalities, “as more and more people come in and deposit their strangeness and leave and get replaced by others.” And at the beginning of the novel, New York City is just at the point of coming to life. Of being born.

Only there’s something else out there, an enemy that takes the form of a mysterious and ever-changing Woman in White. And the Woman in White doesn’t want any new cities to be born anywhere.

Once a city is born, it has an avatar, a living human being who is also the living city itself, and who is granted magical powers in order to defend the city from outside intruders. But before New York City’s avatar can fully come into his power, something goes wrong. He falls into a coma. And in his absence, the Woman in White sneaks in, spreading her insidious reactionary politics across the city in an attempt to prevent the city from ever truly coming to life.

Luckily, New York City is made up of smaller cities. It has five boroughs, and each of those boroughs has an avatar of its own. Now, it’s up to the avatars of the five boroughs to come together, stop the Woman in White, and make New York a living city once again.

The five avatars are the heart of The City We Became. Each one symbolizes something unique to their particular borough, and their relationship is what drives everything forward.

Manhattan is Manny, an amnesiac who’s forgotten everything he was before he set foot on his island. He’s a charming but ruthless young black guy, and he manifests his magic powers by flashing cash around like a weapon. Brooklyn is named Brooklyn, and she’s a middle-aged black woman who used to be a rapper and now sits on the city council; her magic comes from music.

The Bronx is Bronca, an elderly Native artist who moonlights between teaching at a community college and ferociously defending her local arts foundation, and Queens is Padmini Prakash, an immigrant grad student who loves pure math but is focusing on finance so she has a better chance of acquiring a work visa once she graduates. Bronca’s power is rooted in Native traditions and histories; Padmini’s comes from theoretical mathematics.

And then there is Staten Island, the resentful and forgotten borough, the borough that never really wanted to be a part of New York City in the first place. In The City We Became, it’s embodied by Aislyn Houlihan, the daughter of an Irish cop who works part time at her local library.

Aislyn, whose power stems from her deep desire to be left alone, regards the rest of the city with suspicion and fear. It is, as the Woman in White tells her, a place of “bad jobs and worse pay, and prancing manbunned baristas who turn up their noses at making just a simple goddamned coffee, and prissy chink bitches who barely speak English but make seven figures gambling with your 401(k), and feminists and Jews and trannies and nnnnnnNegroes and liberals, libtards everywhere, making the world safe for every kind of pervert.” And for their part, the other avatars can barely be bothered to remember that Staten Island even exists.

There is a crack in New York City’s unity, one the Woman in White eagerly exploits it as she marshals alt-righters and gentrifiers and racist cops together to keep New York from ever reaching its true potential.

Normally, new books by big-name authors like Jemisin are showered with attention at the trade conference BookExpo, which takes place every year in New York City’s Javits Center at the end of May. But this year’s BookExpo is postponed, and instead the Javits Center is filled with beds: It’s been transformed into an emergency hospital. So has Central Park. This week, a Navy hospital ship sailed past the Statue of Liberty into New York Harbor, passing directly beneath Vox’s (empty) New York office on the way. The real New York City feels as though it is on the verge of collapse.

But The City We Became is not a book about how New York falls apart. It’s a love letter to the city’s resilience, and to all the ways it overcomes hatred to rise up stronger than it was before. And by extension, it’s about the rest of us, and the ways in which we must all work together to protect and support one another.

It will give you faith that New York can come back to itself again — and so can all the rest of us, too.