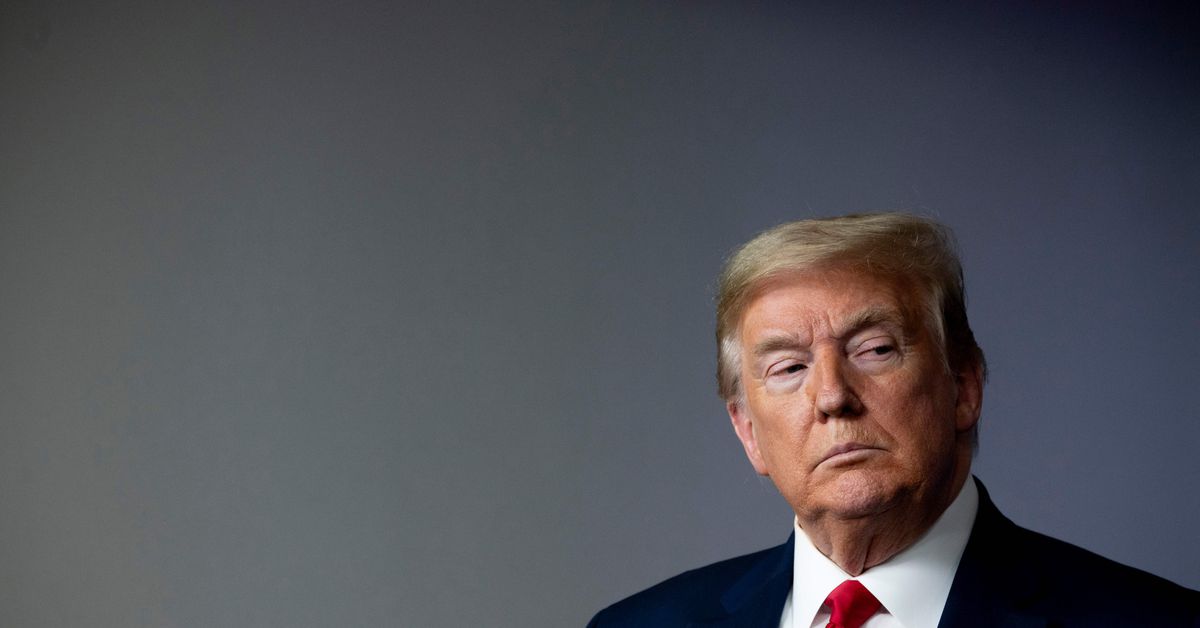 Nearly two-thirds of Americans believe President Donald Trump acted too slowly in responding to the coronavirus in the United States, according to a new report from the nonpartisan Pew Research Center, reflecting a disconnect between how the public and the president views his performance.

The study — which featured 4,917 US adults, and was taken from April 7 to 12 — did find a partisan split in attitudes on the president’s early response. Republicans overall were more likely to agree with the president’s claim that he acted “way too early” in responding to the threat posed by the virus, with 66 percent saying they feel Trump reacted quickly. Among Republicans who described themselves as moderate or liberal, however, a slight majority — 53 percent — said Trump acted too slowly.

Similarly, Republicans living in counties with high death tolls were also less aligned with the president’s view of his response — 43 percent of those living where there have been a high number of deaths said Trump should have done more, sooner.

Democrats everywhere, and of all ideologies, found fault with Trump’s early response, with 92 percent of Democrats overall saying the president should have acted faster.

When asked about how they see the president now, the poll found that 39 percent of the public thinks Trump is telling the truth about the pandemic, 52 percent believe he’s pretending the situation is better than it is, and 8 percent feel he’s overexaggerating the seriousness of the situation. And the researchers found, as others have this week, that most Americans (in this case, 66 percent) are concerned that state governments will lift social distancing restrictions too quickly — even as conservative groups protest stay-at-home orders across the country.

Americans’ criticism of Trump stands in contrast with his own assessment of his work: He’s said he’s acted quickly to combat the virus, citing his decision to restrict travel to China on January 31 as proof of his decisive action. As Vox’s Aaron Rupar has noted, however, “the fact of the matter is the virus was already spreading within US borders by this time, so at best, the travel restrictions bought the federal government time that it didn’t use particularly well.”

Beyond that decision, the Trump administration has downplayed the severity of the virus from the beginning, and largely failed to take early widespread actions that could have slowed the spread of the disease in the US, which instead is now projected to kill tens of thousands of Americans.

National security advisers warned Trump about the virus’s expected spread through the country in early January, shortly after cases began spreading in China. As weeks ticked by, Trump minimized the problem in his messaging, did little to address testing shortages, and delayed declaring a national emergency to unlock aid funding. And while his tune has changed in recent weeks, experts say the early sluggish response likely has had lasting effects on the virus’s spread in communities and how deadly it has become.

The US’ problems handling the coronavirus pandemic began in April 2018, when the Trump administration began disbanding the team that handles pandemic responses as he repeatedly called for cuts to the budget for the Centers for Disease Control and Prevention. By the time the coronavirus came to the US, officials had to rebuild a coordinated response team they had dismantled years before.

The Trump administration restricted travel from China in late January, the day after the World Health Organization declared a global health emergency. He has often cited this as an example of an early, decisive move to help stop the virus. But as the virus ravaged China, South Korea, and Italy through late February, Trump officials said the virus was contained in the US and that the country was “pretty close to airtight.”

Throughout February, the administration seems to have done little to prepare for the pandemic to come, and as Rupar noted, did not have anything to highlight from that month in a White House video produced to highlight Trump’s coronavirus accomplishments. And by late February, as US officials warned of major disruptions ahead, Trump insisted “it’s going to disappear. One day, it’s like a miracle, it will disappear.”

Even in March, as people began dying in Washington state and elsewhere, administration officials assured the public that the US was “way ahead of the curve” on preparing for the virus, said that “the vast majority of Americans are not at risk for this virus,” and the Trump campaign refused to cancel campaign rallies.

Finally, in mid-March, Trump agreed to recommend social distancing around the country and declared a national emergency, which unlocked $42.6 billion in funding to help states get more resources as medical supplies in some states were already running thin.

Supplies have continued to be hard to come by, which experts have said is due in part to the dismantling of the pandemic preparedness team before the crisis began.

“The US … was not prepared,” Jen Kates, senior vice president and director of global health and HIV policy at the Kaiser Family Foundation, told Vox’s German Lopez. “A good preparedness plan would have helped address this.”