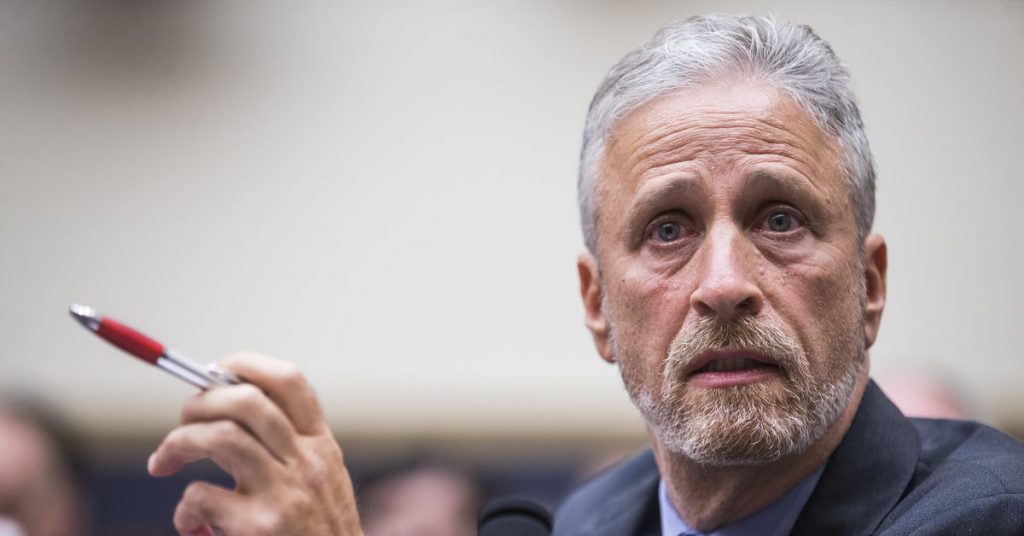 The former host of The Daily Show appeared in front of the House Judiciary Committee on Tuesday to discuss reauthorizing the September 11th Victim Compensation Fund. Stewart and multiple sick first responders gave emotional testimonies on why the fund should be extended, yet most of the committee seats were empty, leading Stewart to express frustration.

Jon Stewart testifies for September 11 Victim Compensation Fund: “Accountability doesn’t appear to be something that occurs in this chamber…I’m sorry if I sound angry and undiplomatic, but I am angry, and you should be too.” pic.twitter.com/njxJzSmzSJ

The Victim Compensation Fund, which provides funds for health care or family support to first responders who have grown ill or died due to toxic exposure during relief efforts around the 9/11 attacks, will stop taking claims by December 2020, according to the Washington Post. Meanwhile, the fund’s leadership said awards would be reduced because an increase in claims has led to “funding insufficiency.”

Both Democrats and Republicans have pledged to support a bill that would extend the fund, and committee chair Rep. Jerry Nadler (D-NY) said they would vote Wednesday on an extension.

Yet for Stewart, who has long been a supporter of 9/11 first responders, the empty room signaled Congress’s “callous indifference.” While many of the committee members tweeted about the heroism of the first responders, he said few have actually acted on measures to support them.

There are a few reasons the room was particularly empty: For starters, the meeting was held in front of the Judiciary Subcommittee on the Constitution, Civil Rights, and Civil Liberties, not the full committee, according to NPR.

Rep. Steve Cohen (D-TN) told Stewart that the lack of members was not a sign of “disrespect” or “lack of attention.” And while Cohen expressed his appreciation for Stewart’s testimony, he also defended his fellow committee members’ absence, saying that they were present in other committee meetings or interacting with constituents — which is not uncommon in the House.

For Stewart, however, this is an ongoing issue of accountability within Congress: “They responded in five seconds. They did their jobs with courage, grace, tenacity, humility! Eighteen years later, do yours!”

Prev post Voter suppression is the most existential crisis in our democracy, according to Stacey Abrams
Next post Twitter’s co-founder yearns for the time when bloggers couldn’t get instant feedback